There’s a difference between proactive and reactive networking.  Both work!  However, it’s good to know the difference. 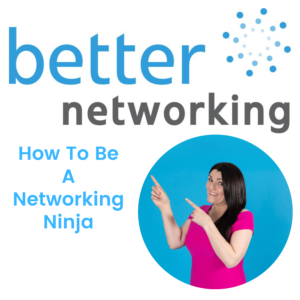 Firstly, so that you’re aware of the two.  Secondly so that you know which is a best fit for you.  Thirdly, so that you can make a conscious decision to actively be proactive if you choose to.

Let’s focus on reactive networking to start off with.  When you’re reactively networking, you’re responding to what’s going on around you.  You might pick up on something during a conversation, which leads to introducing and connecting other people together, knowing they’re a great fit to help each other get referrals and win business.   You may also be fabulous at passing on other people’s details. So, for example, if someone needed an estate agent, you may be able to give the someone the details of an estate agent who you know, like and trust.

The ‘Go To’ Person

Perhaps you’re the ‘go to’ person that people come to when they need a recommended supplier, because they know that you know lots of people.   You may also be great at spotting things on social media and tagging other people in on the post. Like if someone is asking for recommendations for something, which has become very popular these days.   It’s become common place for people to ‘look for recommendations, especially on Facebook. It’s quick, easy, there’s usually lots of alternatives suggested and people can get recommendations within minutes.  I’ve noticed it becoming more popular on LinkedIn too, but not to the same extent as Facebook.

Don’t get me wrong being reactive to all of this and referring business to other businesses is amazing.  You might be thinking, I help loads of people win business this way, and if you do, the fair play to you, because it’s wonderful that you take the time to help people get referrals like this.  If you’re not already doing these things, please give it a go!  You could be helping lots of business owners win new business, and let’s face it, we all need a helping hand right now.  Plus, it’s nice to be nice and help other people, especially if they’re small business owners.  Don’t be put off recommending someone who has already been recommended lots of times by other people too.   The more the merrier and you can never have enough recommendations or referrals.     Plus, it’s great for the person asking for the recommended supplier, because they will have peace of mind that they’re getting introduced to a reputable business.

Being proactive is embracing all of the elements of reactive networking with a cherry on top, so to speak.  If you’re part of a referral based networking group like my BoB Clubs, BNI or similar, you’ll be used to the people you network with telling you who they would like introductions too.  Even if you’re not doing that kind of networking, you’ll still be able to practice proactive networking.

It’s all about taking a little bit of time out to focus on helping other business owners to get referrals.  If you’re in a networking group then let that be your starting point.   If not, start with your own network of contacts.  Heck, you could even work you’re way through your contacts alphabetically.  Choose a couple of people, if you don’t know who their ideal customer is already, then make it your business to find out.  Then, make it your business to help them get business.

I’m not suggesting that you take hours out of your busy day, but we can all spare ten or fifteen minutes a day to help someone.   Either that or give yourself a power hour once a week to really focus on making introductions and purposely trying to get introductions for your business contacts.

I know what you’re thinking, I’m busy running my own business, Tracy.  I get that, I really do!  All I’m saying is take a incy wincy tiny little bit of your time, make a concerted effort to get referral business for others, and watch you and your business grow!

I know the likelihood is that we have an may not ever meet, so I guess I’ll never know if you go through with this, but I’d like to challenge you to get someone else, another business owner or business person, two referrals before the next episode of my podcast is released next week!

What do you reckon?  Can you do it!

Why not ask a couple other people you know to do the same.

As a business owner myself, I know that there’s nothing like getting a new customers that’s come from a referrals.  You can’t beat knowing people are talking positively about you and your business and there’s something rather magical about helping other people get referrals too.

In the next episode I’ll be talking to you about revving up referrals for yourself and others.

If you would like to know more about Tracy Heatley, who is the author of this Proactive Versus Reactive Networking Podcast.  There are more free resources like blogs, radio interviews, book reviews and podcasts available.  To find out more about her marketing mentoring, marketing consultancy, or her outsourced marketing director services, it’s all here for you.  To find out more about Tracy’s networking training, there are online, on demand and face to-face training workshops available too. Here is more information about Tracy’s BoB Clubs North West networking groups too.

Get in touch with Tracy for a chat! 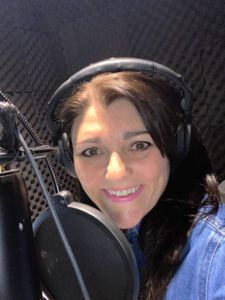 827Views
We use cookies on our website to give you the most relevant experience by remembering your preferences and repeat visits. By clicking “Accept”, you consent to the use of ALL the cookies.
Cookie settingsACCEPT
Manage consent